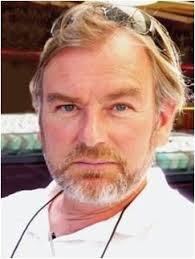 French painter Xavier de Richemont was born in Algeria, France, and currently resides and works in Paris. He studied painting at the National Fine Arts School of Aix-en-Provence (France). For over 20 years, he has conceived monumental video installations around the world- images of which are shown along kiosks and fences on Main Plaza.

He created the first festival of lights in Chartres, France in 2002, where he was the only artist and artistic director for ten years. In 2010, he was invited by the Mexican government to commemorate with his work on the bicentenary of independence and the centenary of the Mexican Revolution in seven emblematic cities in the country. Later, 2012 marked his work with the grand opening of the Grand Museum of Maya World in Merida Yucatan, Mexico with his founding piece “Yuca’ma’yab” about the Mayan’s history.

His talent into giving amazing content to his works, his lyrical graphic design and shivering movements, using slow motion and images vibrations as a leitmotiv, mixing abstraction, narration and music in a very personal way are composed and projected with his video. His research for a new style of painting through this contemporary graphical mean, his knowledge of theatrical space and his experience as a painter make him one of the most in-demand French video artist in the world. 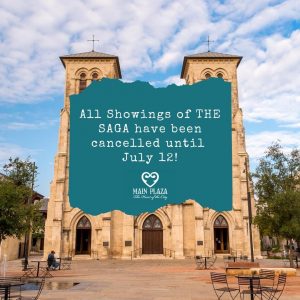 The Saga is getting an upgrade in equipment and projection, so all shows will be canceled until July 12th. We will return with beautiful quality to tell this amazing story!