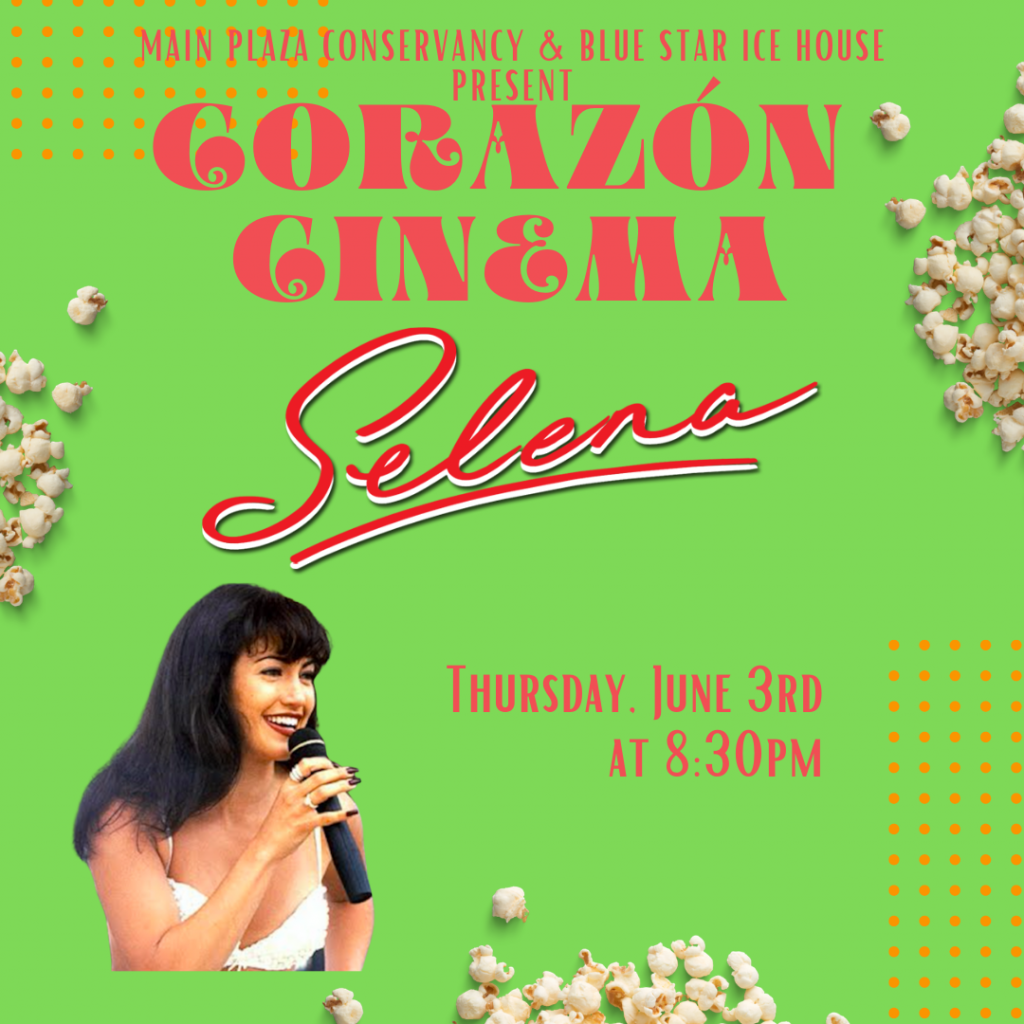 *This event is canceled due to rain – we hope to see you next week when we watch Toy Story!*

Hang out at Main Plaza every Thursday with Corazón Cinema!

Each movie will start at dusk (approximately 8:30 PM). From throwback favorites to new Disney and Pixar cartoons there is something for everyone. Grab a cold drink with yummy treats from Blue Star Ice House, and enjoy warm summer nights watching your favorite movies. At each screening, enter your name into the Corazón Cinema Raffle and get a chance to win a free gift card! The more screenings you attend the better your chances of winning. To enter the raffle, scan the QR code located next to the movie screen.

This biographical drama, directed by Gregory Nava, follows Selena Quintanilla (Jennifer Lopez) a Grammy Award-winning South Texas singer whose life tragically ended just as she was taking Tejano where it had never gone – into mainstream America. Pulsating with Selena’s voice on the soundtrack and made with her family’s participation, the film brims with authenticity. It recreates the early life of a little girl who dreamed big, hit the road in a band bus named Big Bertha, and whose concerts became electrifying events.